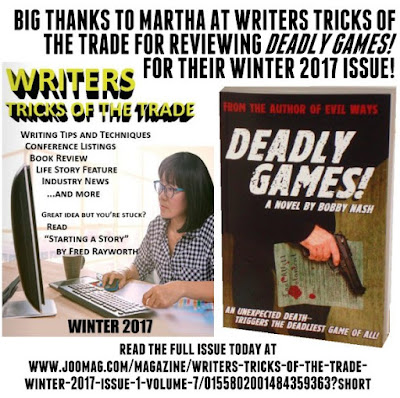 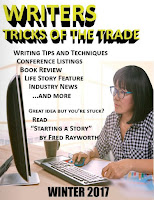 Big thanks to Writers Tricks of the Trade magazine for a review of author Bobby Nash's BEN Books published novel, Deadly Games! in their Winter 2017 issue. You can find the full issue of this on-line magazine here on pages 21 and 22.

Much appreciated and thanks again. 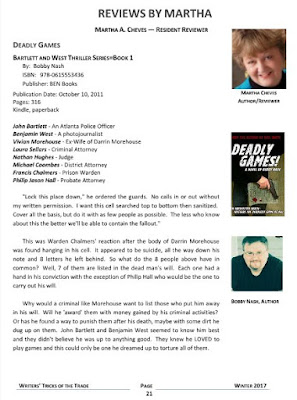 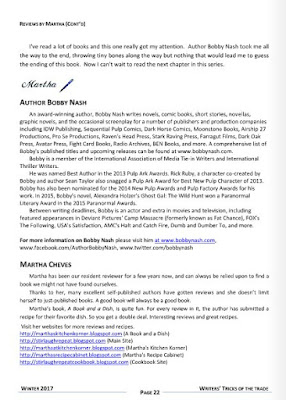 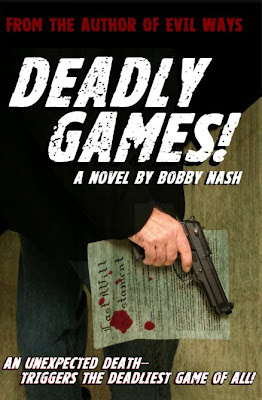 
Learn more about the making of the Deadly Games! cover. Bobby Nash wrote a guest post for at author Rachel Hunter’s Life Defined blog. You can read the full post here.

Read the A Book and A Dish Deadly Games! review here.

Posted by BobbyNash at 8:41 PM