www.alabamaphoenixfestival.com has all the details.


Also on hand for the Alabama Phoenix Festival is Jason Flowers, who did a pin up for BEN Books' Lance Star: Sky Ranger "One Shot!" comic book. Bobby and Jason are also working on a graphic novel called Bloody Olde Englund and will have a limited number of preview copies on hand.

If you’re in the area, please stop by and say hi.

Posted by BobbyNash at 3:05 PM No comments:

Posted by BobbyNash at 2:21 PM No comments: 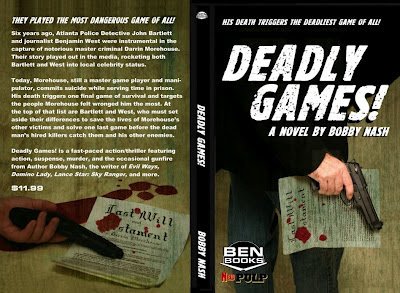 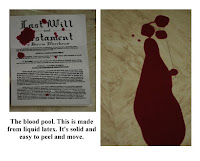 The topic today is one I’ve discussed before, but it’s good information for those, like me, who are planning to publish a book, or for those of you curious about the process. This will go through some of my experiences in designing the cover for my latest novel, Deadly Games! This was my first time designing a cover and I’m proud of how it turned out so I thought I’d share some of the steps I went through in designing the cover.

So, without further ado, here’s Judging A Book...

There’s an old saying: “you can’t judge a book by its cover.” 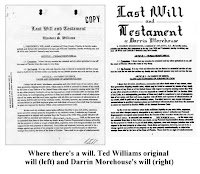 While in the context of the statement, that might be true, there is also a lot of truth in the fact that so many readers do in fact judge a book by the cover. The cover of a novel, comic book, even DVD or CD is the first point of contact with a prospective buyer. Think about how many times a striking cover has caught your attention and you picked up a book just to see what it was all about. That’s the mark of a good cover.

When I was putting together my latest novel release, Deadly Games! I started out by sketching ideas for what type of cover I wanted for the novel. Deadly Games! is an action/thriller set in the real modern day world. In fact, like my novel, Evil Ways, before it, part of Deadly Games! takes place in the fictional town of Sommersville, GA, which is very much based on Barrow County, but with a few odds and ends added. Knowing that the story was firmly planted in reality, I started forming ideas of what I wanted the cover to convey. Once I had the basic idea I had to decide what type of cover worked best for this book. I love drawn and painted covers, but I did not feel that either of those methods worked here. I decided on a photo cover. 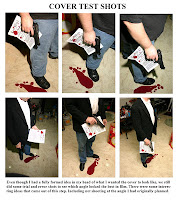 I scoured through free photos looking for something that fit the theme of the book, but nothing really jumped out at me so I went back to sketching and came up with the idea that became my cover. I knew that I wanted a shot of our protagonist, Detective John Bartlett standing with a gun and a copy of a will in his hand on the cover. Blood would be splattered on the will and his hand as well as a puddle of blood on the floor, possibly with a reflection of Detective Bartlett in the blood pool. I loved the idea and decided that I would have to shoot this myself.

I called up my friend Kurt, also a Barrow County resident and a talented photographer himself, to discuss my idea and ask if he would play the cover model. He agreed and we went off to shoot. It was almost Halloween at this time so I picked up a tube of fake blood at one of the Halloween stores. Turns out I didn’t need it. Kurt mixed up a pool of blood and the blood spatter with some liquid latex. It was an education for me as I was not familiar with the substance. That turned out to be one of the best things ever. Not only did it look wet, but it was easy to move around. All you had to do was peel it up and go [See photo #1]. A handy little time saver, let me tell you.

Before I go on I should talk about the will. I did a search on-line for wills and found several examples that were rather dull looking documents. I created the Last Will & Testament header myself and used a will I found on-line belonging to Ted Williams. Yes, that Ted Williams. A few adjustments to make the will fit the villainous character of Darrin Morehouse from Deadly Games! and we were off and running. [See photo #2]

The photo shoot went well. We took several photos for both the front and back cover [See photo #3] until I found the right pose [See photo #4]. Oddly enough, the image on the back cover of the novel was an improvised shot. Originally, I had not intended for the hand to be in the shot with the gun. That’s my hand, by the way. Some ideas came while we were doing the shoot so keeping an open mind to new ideas was important. [See photo #5]. The presumably dead hand holding the gun not only looked good, but also tied in to the story so that was a nice, unexpected bonus.

When I sat down to design the cover my first step was to remove the background clutter that I hadn’t realized was in the shot when I took it [See photo #6]. I found that none of the fonts in my digital library seemed to fit the tone of the book or didn’t have the right look to match the cover. That meant a trip through some of the free on-line font websites where I downloaded a lot (and I do mean a lot) of new fonts. I finally settled on a few different fonts that I could try. That, of course, led to a whole lot of trial and error to see what works. I’m only posting a small sample here. There were a lot of variations on themes, fonts, and textures [See photo #7], but something still wasn’t quite right. I just couldn’t put my finger on it. At least not yet. 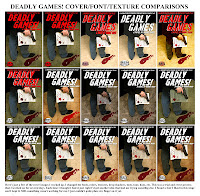 It finally dawned on me that there was a lot of dead space on the cover in front of and behind the character on the cover. Cropping it was the logical answer, but I wanted to be able to see the pool of blood on the cover. Thankfully, I decided that the cover worked just fine without the blood pool on the front and the cover was finally how I wanted it [See photo #8]. Adding some texture and type to the back cover completed the look [See photo #9].

All in all, the process of creating the Deadly Games! cover took several days. During this time I was also formatting the interior pages as well, but many hours went into this. Most important to me is that I am happy with how the cover turned out. That certainly helps when it comes time for me to talk up the book. I have had experiences where the covers on books I’ve written or been a part of were not to my liking. As evidence, the cover to my first novel, Evil Ways was a great disappointment and it did very little to help sell the book.

Hopefully, potential readers will like the Deadly Games! cover enough to pick up the book to see what it’s all about. If so then it is a successful cover. I think it came out great and hopefully you’ll agree. I will definitely design more of my own covers in the future. In fact, I just recently completed a cover for an upcoming release called Earthstrike Agenda that I thought came out great as well.

And just in case this blog about creating a cover has piqued your interest in Deadly Games!, here’s a little more information about the story. 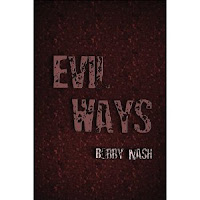 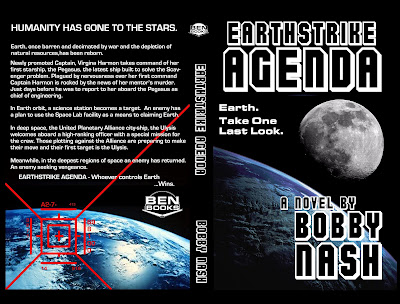 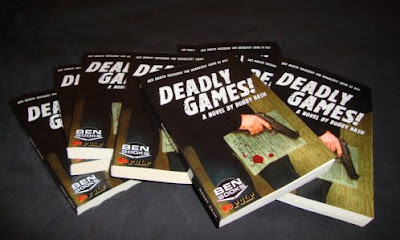 Posted by BobbyNash at 1:41 AM No comments:


Site update: An Amazon Bookstore has been added to the site.
Please note the new BOOKSTORE tab above.

Posted by BobbyNash at 12:21 AM No comments: