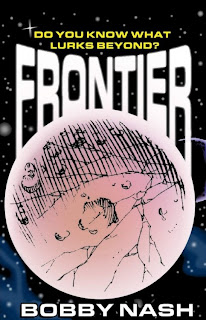 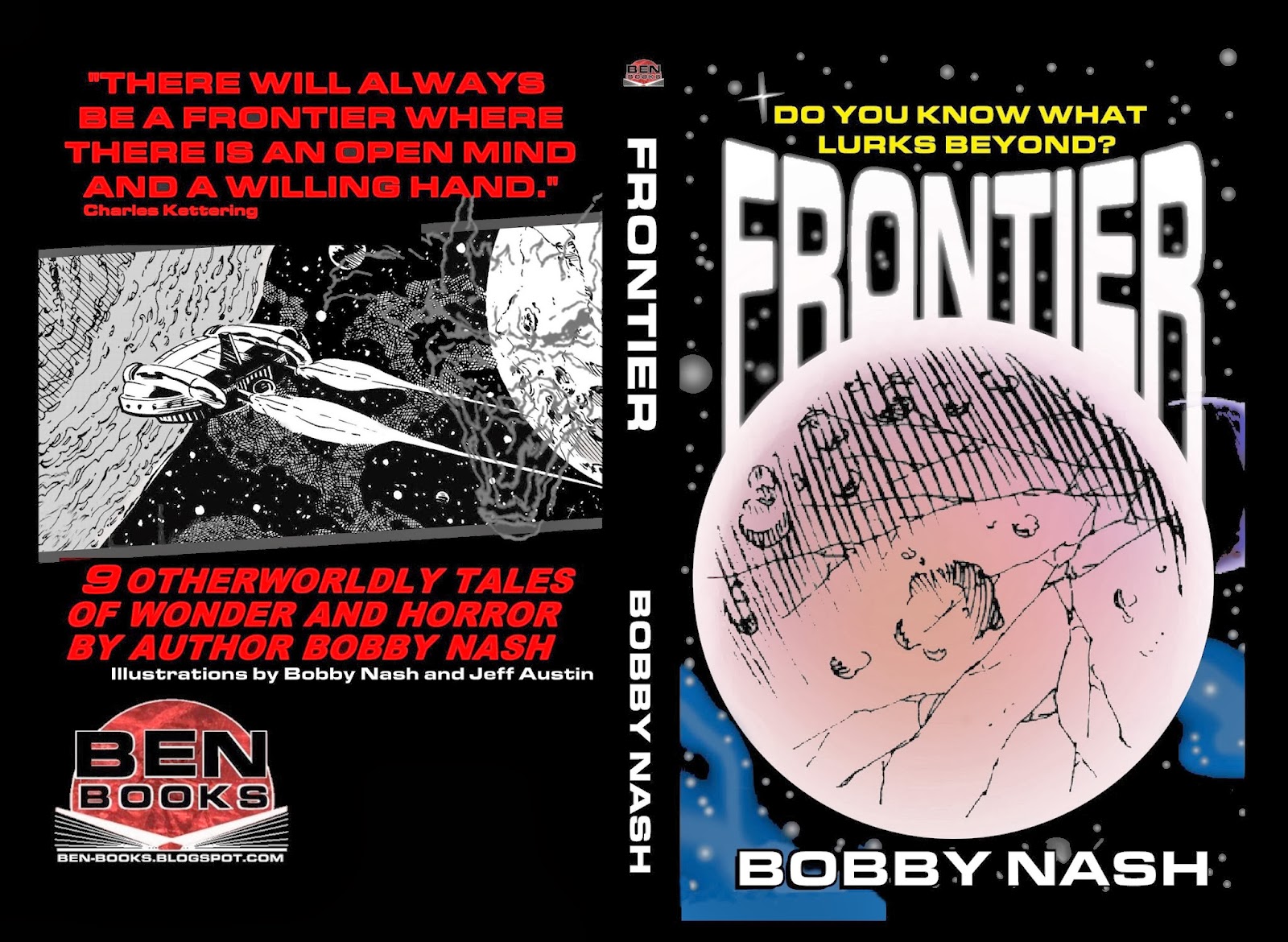 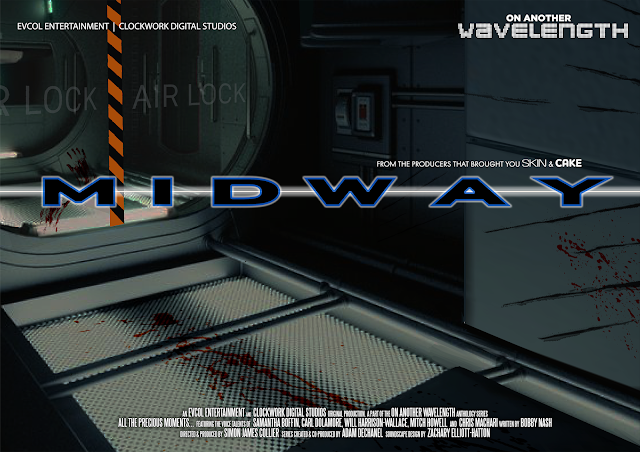 Are you ready to board Midway station? On Another Wavelength presents Midway, a full-cast audio drama written by Bobby Nash.
This is my first full-cast audio script and I am over the moon at the beautiful job the production team, cast, and crew did in bringing this to life. It sounds great! You can download yours today HERE.
“Emergency alert! Meteor shower detected. Multiple impacts. Structural integrity compromised. Repair crew required at Midway station. Urgent!”

Learn more about On Another Wavelength audio dramas HERE.
Published by Evcol Entertainment.

Midway also appears in short story form in Frontier, a sci-fi collection. You can find in paperback and ebook HERE. Published by BEN Books.

You can listen to MIDWAY as written and performed by Bobby Nash here for free.