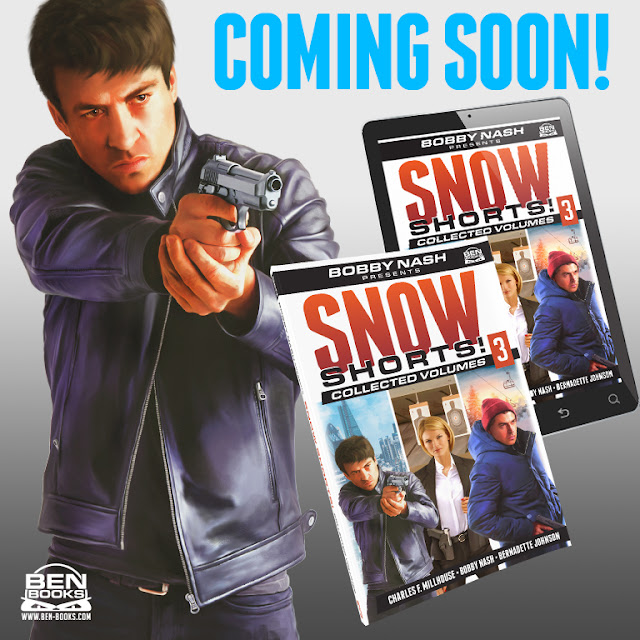 More #FreshSnow news! I received the cover for Snow Shorts Vol. 3 from Jeffrey Hayes today and, as expected, it looks amazing. Production has commenced on the book and we will have it on sale in August. If all goes well, I will have copies at Legion Comic Book, Toy And Art Convention and/or Dragon Con. Fingers crossed.

Keep watching this space and www.abrahamsnow.com for details as we have them. #TheSummerOfSnow continues... 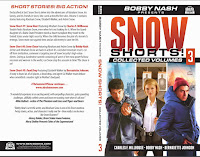 Snow Short #7: Snow Heart featuring Abraham Snow by Charles F. Millhouse.
Trouble finds Abraham Snow, even when he’s not looking for it. When the Granddaughter of a Baltic State President needs a heart transplant they travel to the United States under tight security. When the child becomes the plot of a terrorist’s revenge, Snow must race against time and an old enemy to save her life.

Snow Short #8: Snow Chase featuring Abraham and Archer Snow by Bobby Nash.
Archer and Abraham Snow are back in action! At a secluded mountain resort, cut off from civilization, someone is targeting one of Snow Security’s high-value clients. During a clandestine summit consisting of some of the most powerful businessmen and women in the world, can Snow stop the assassin in time? The chase is on!

Snow Short #9: Dead Drop featuring Elizabeth Walker by Bernadette Johnson.
A body is found at, of all places, a dead drop, and agent Liz Walker must deduce who committed a murder right in Mother’s backyard.