SNOW FALLS AUDIO CROSSES THE BORDER! NOW AVAILABLE IN CANADA AND THE UK! 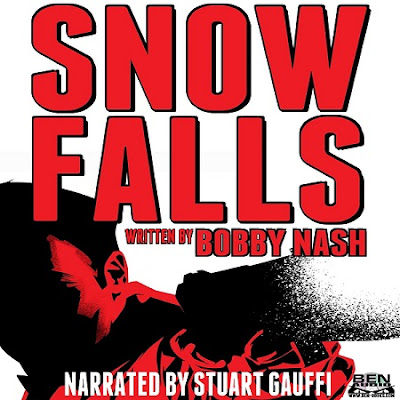 
You can find the Snow Falls audio book at these retailers:
Amazon UK, Amazon CA, Audible, Amazon US, and iTunes.

Listen to the audio book FREE with your Audible Trail HERE.

Learn more about SNOW below and at www.ben-books.com
Bobby Nash's love for the 70's P.I. sings off these pages like a bullet careening off the windshield of a Detroit Muscle car. Razor sharp writing and deep pulp sensibility keeps this series at the top of the list!
-James R. Tuck- author of the Deacon Chalk series

Posted by BobbyNash at 2:57 PM